At an altitude of 525 m, Bihoro Pass is on the northwestern border of Akan-Mashu National Park. Bihoro Pass Scenic Viewpoint overlooks the expansive landscape of Lake Kussharo, one of the largest caldera (large volcanic crater) lakes in the world, with views as far as Mt. Shari and the Shiretoko Mountain Range. Bihoro Pass is one of the best vantage points for viewing the natural phenomenon called unkai (sea of clouds). Unkai can occur throughout the year, but is more common in spring and summer, typically from May to July, and in winter, between December and January. There are several ways unkai can form. Radiative cooling produces especially stunning unkai on clear nights with a light breeze, when the Earth’s surface loses heat and the ground-level temperature drops, causing cold air to flow down the inner slopes of the caldera, resulting in fog accumulating above Lake Kussharo. Beautiful unkai also form when steam evaporating from Lake Kussharo is cooled by winter air currents. Bihoro Pass offers exceptional stargazing. When conditions are just right, many amateur photographers can be seen gathering at the pass to observe the starry sky.

Lake Kussharo fills the Kussharo Caldera, which formed after a series of volcanic eruptions in ancient times. Volcanic activity is still visible at various sites around the lake. Along Wakoto Peninsula, volcanic gas is constantly emitted from the Oyakotsu-jigoku hot spring. The eastern and southern shores of the lake are dotted with open-air hot springs and unique places such as Sunayu, where digging into the sand along the shore causes hot water to rise to the surface. The relative warmth of Lake Kussharo makes it a wintering site for hundreds of whooper swans that migrate from Siberia. In winter, bathers can sit in the open-air hot springs and watch the swans swim on the lake right before their eyes.

There are three viewpoints on the outer rim of the Kussharo Caldera. The Tsubetsu Pass Observatory, southwest of the lake, is situated at an altitude of 947 m and is the highest of the observation facilities that overlook Lake Kussharo. To the north of the lake is the summit of Mt. Mokoto at an altitude of 1,000 m and the Mt. Mokoto Scenic Viewpoint and Observatory, which was built into the mountainside. Bihoro Pass Scenic Viewpoint is located to the west. These three locations not only provide a panorama of Lake Kussharo, Nakajima Island, and Wakoto Peninsula, but are also known as superb stargazing spots on clear nights. With the exception of Bihoro Pass, all locations are closed during the winter. 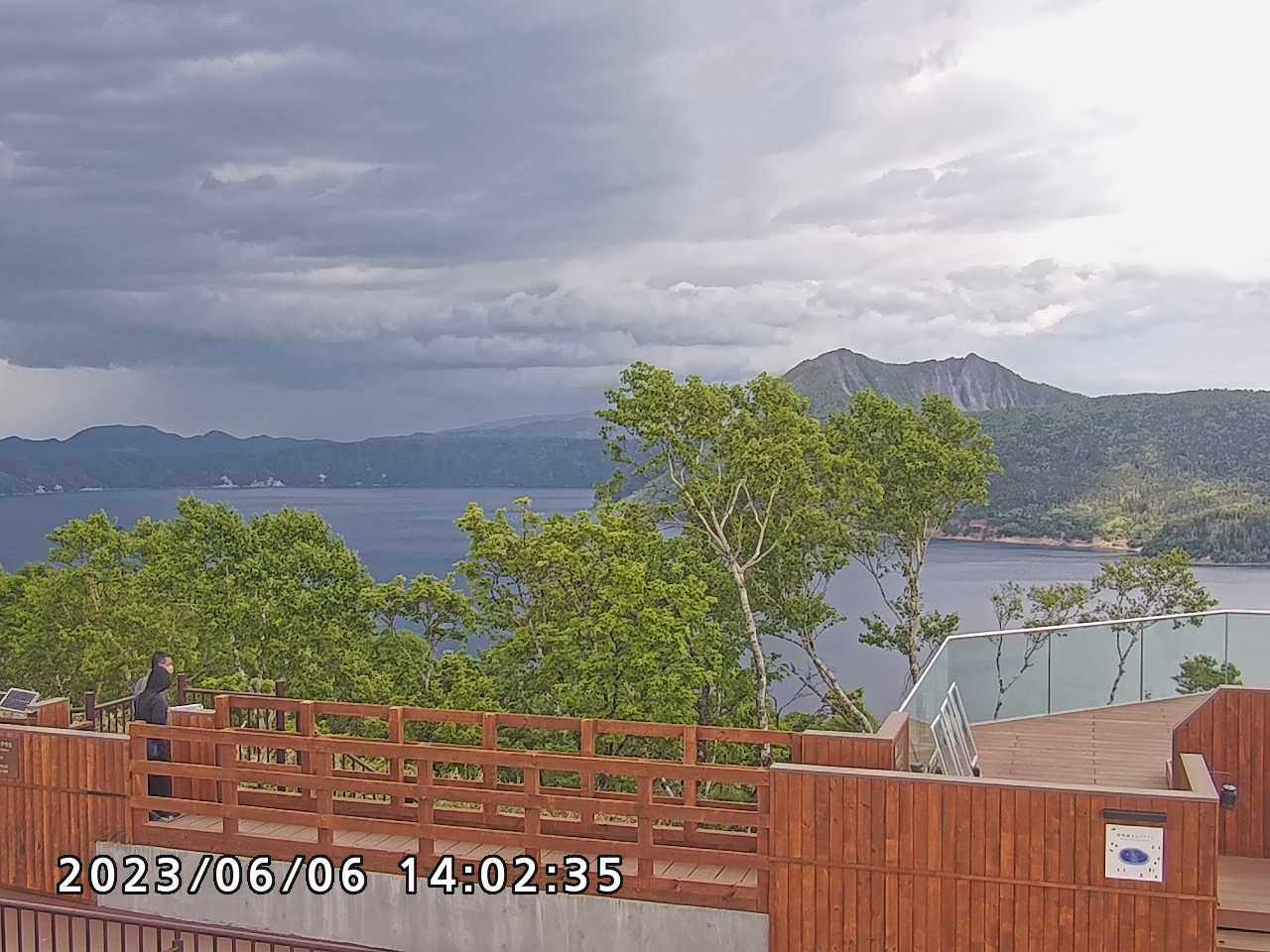